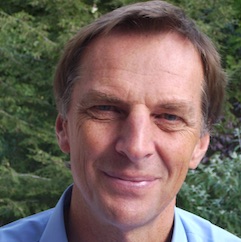 Practical information about the course, as well as a list of recommended literature, can be found here.

1 What is quantum field theory?

In contrast to the transition from classical mechanics to quantum mechanics, the step from there to quantum field theory does not lead to a conceptually entirely new theoretical framework. Still, it was historically not an easy development and a lot of confusion was connected with notions like “second quantization” etc.

There are many new phenomena arising in a field theory setting. This includes collective effects of many degrees of freedom, e. g. spontaneous symmetry breaking. Particle number is not necessarily conserved and one can have particle creation and annihilation.

Probabilistic fields. One may characterize much of the content of the following lectures by two main ingredients

In this sense, one may speak of quantum field theory as a probabilistic theory of fields. The reader may note that “quantum” is missing in the above characterization. Indeed, in modern developments, all probabilistic field theories, be they “quantum” or “classical”, are described with the same concepts and methods based on the functional integral. The key element here is the one of fluctuating fields as one has it in many situations. Something as tangible as the surface of an ocean is already an example. The concepts are useful in many areas, ranging from statistical mechanics to particle physics, quantum gravity, cosmology, biology, economics and so on. The common view on all these subjects, based on the functional integral, will be the guideline of these lectures.

PFT, probabilistic field theory, would be a more appropriate name. We will nevertheless use the traditional, historic name, QFT. Neither “quantum” nor “relativistic” are crucial conceptually. Relativistic quantum field theory is from this perspective an important “special case”, to which we will pay much attention.

We start with a simple model, the one dimensional Ising model.

2.1 Ising model in one dimension

These are the defining properties of probability distributions.

Functional integral. The functional integral in the continuum theory is now defined as the “continuum limit” of the lattice functional integral for \(\varepsilon \to 0\). By definition, this is well defined for “physical observables”. One may ask: what are such physical observables? The answer to this question is not simple, in general. One should note here that also very rough functions \(\phi (x)\) are included in the functional integral, although their contribution is suppressed. If the kinetic term in the Euclidean action \(S_{\text{kin}} = \sum _x \frac{K}{8\varepsilon } \left [ \phi (x+\varepsilon ) - \phi (x-\varepsilon ) \right ]^2\) diverges for \(\varepsilon \to 0\), i. e. \(S\to \infty \), then one has \(e^{-S} \to 0\) and the probability of such configuration vanishes. The corresponding limits may not be trivial, however, because very many rough configurations exist.