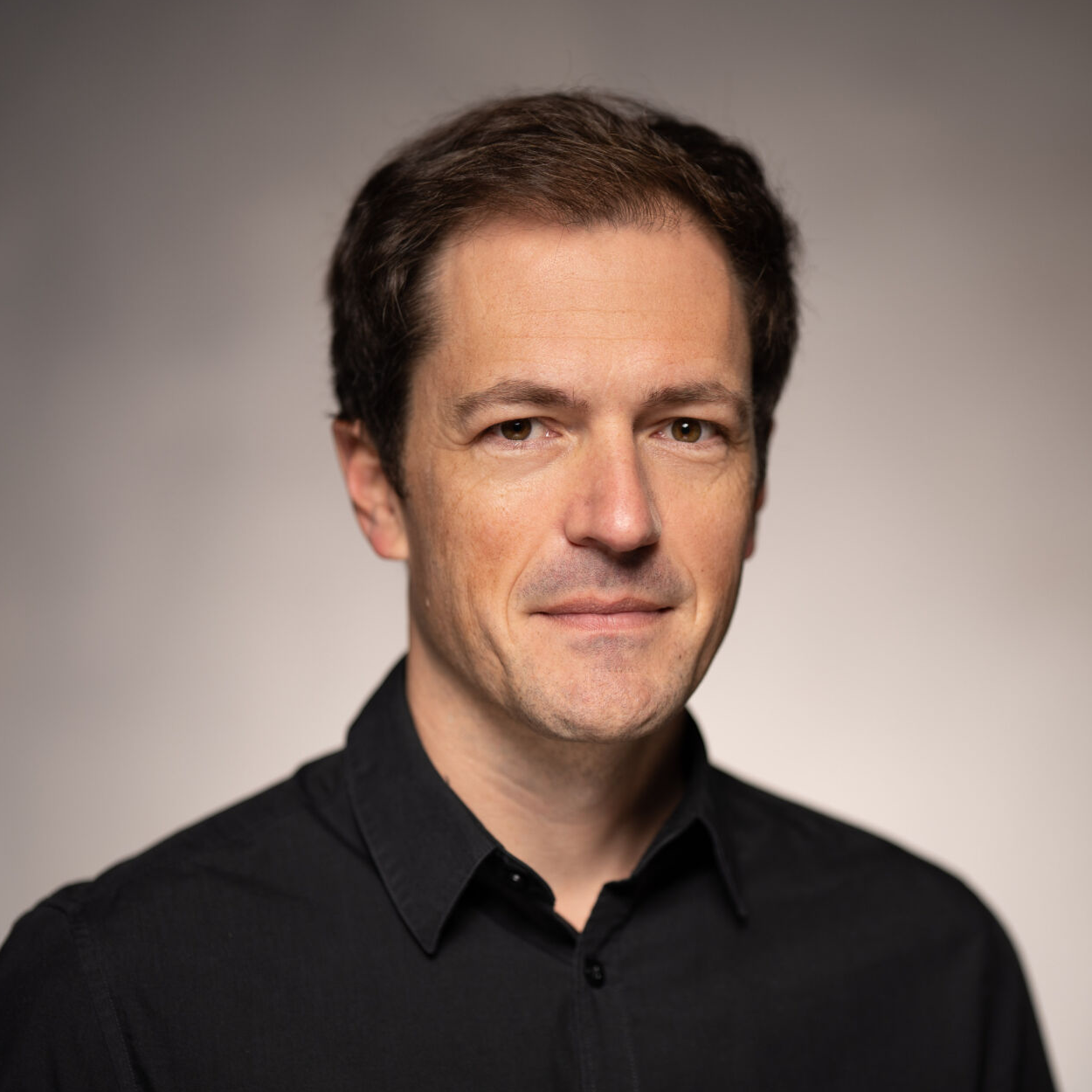 Classical thermal fluctuations. For the time being we are concerned with static (equilibrium) aspects of field theory models at non-zero temperature. These field theories can arise for example from a lattice model such as the Ising model if the latter is probed on distances that are large against the typical microscopic scale or inter-particle distance \(\varepsilon \). Formally one can then take the limit \(\varepsilon \to 0\) as discussed in the previous subsection. It turns out (and will become more clear later on), that in such a situation classical thermal fluctuations dominate over quantum fluctuations. We discuss here therefore classical statistical field theories in thermal equilibrium.

Such theories have a probabilistic description in terms of functional integrals with weight given by the Boltzmann factor \(e^{-\beta H}\). Here \(\beta =1/T\) and we use now units where \(k_B=1\) such that temperature is measured in units of energy. In the following we will discuss possible forms of the field theory and in particular the Hamiltonian \(H\).

Universality classes and models. In condensed matter physics, microscopic Hamiltonians are often not very well known and if they are, they are not easy to solve. However, in particular in the vicinity of second order phase transitions, there are some universal phenomena that are independent of the precise microscopic physics. This will be discussed in more detail later on, in the context of the renormalization group. Essentially, this arises as a consequence of thermal fluctuations and the fact that at a second order phase transition fluctuations are important on all scales. Roughly speaking, a theory changes in form when fluctuations are taken into account and can approach a largely universal scaling form for many different microscopic theories that happen to be in the same universality class.

In the following we will discuss a class of model systems. These are particularly simple field theories for which one can sometimes answer certain questions analytically, but one can also see them as representatives for their respective universality classes. In the context of quantum field theory, we will see that these field theory models gain a substantially deeper significance.

Fields as vectors. One can consider \(\phi _n(x)\) as a vector in a vector space of infinite dimension where components are labeled by the spatial position \(x\) and the discrete index \(n\). If in doubt, one can go back to a lattice model where \(x\) is discrete.

Applications. Models of the type \eqref{eq:ONModel} have many applications. For \(N=1\) they correspond in a certain sense to the continuum limit of the Ising model. For \(N=2\) the model can equivalently be described by complex scalar fields. It has then applications to Bose-Einstein condensates, for example. For \(N=3\) and \(d=3\) one can have situations where the rotation group and the internal symmetry group are coupled. This describes then vector fields, for example magnetization. Finally, for \(N=4\) and \(d=4\), the model essentially describes the Higgs field after a Wick rotation to Euclidean space.

Engineering dimensions. In equation \eqref{eq:ONModel} we have rescaled the fields such that the coefficient of the derivative term is \(1/2\). This is always possible. It is useful to investigate the so-called engineering scaling dimension of the different terms appearing in \eqref{eq:ONModel}. The combination \(\beta H\) or the action \(S\) must be dimensionless. Derivatives have dimension of inverse length \([\partial ] = L^{-1}\) and the fields must accordingly have dimension \([\phi ] = L^{-\frac{d}{2}+1}\). One also finds \([m]=L^{-1}\) and \([\lambda ]=L^{d-4}\). Note in particular that \(\lambda \) is dimensionless in \(d=4\) dimensions.

Symmetries. It is useful to discuss the symmetries of the model \eqref{eq:ONModel}. Symmetries are (almost) always very helpful in theoretical physics. In the context of statistical field theory, they are useful as a guiding principle in particular because they still survive (in a sense to be defined) when the effect of fluctuations is taken into account.

For the model \eqref{eq:ONModel} we have a space symmetry group consisting of rotations and translations, as well as a continuous, so-called internal symmetry group of global \(O(N)\) transformations. We now discuss them step-by-step.

Let us now work out how fields transform under rotations. We will implement them such that a field configuration with a maximum at some position \(x\) before the transformation will have a maximum at \(R x\) afterwards. The field must transform as \begin{equation*} \phi _n(x) \to \phi ^\prime _n(x) = \phi _n(R^{-1} x). \end{equation*} Note that derivatives transform as \begin{equation*} \partial _j \phi _n(x) \to (R^{-1})_{kj} (\partial _k \phi _n)(R^{-1}x) = R_{jk} (\partial _k \phi _n)(R^{-1}x). \end{equation*} The brackets should denote that the derivatives are with respect to the full argument of \(\phi _n\) and we have used the chain rule. The action in \eqref{eq:ONModel} is invariant under rotations acting on the fields, as one can confirm easily. Colloquially speaking, no direction in space is singled out.

Translations. Another useful symmetry transformations are translations \(x\to x+ a\). The fields get transformed as \begin{equation*} \phi _n(x) \to \phi ^\prime _n(x) = \phi _n(x-a). \end{equation*} One easily confirms that the action \eqref{eq:ONModel} is also invariant under translations. Colloquially speaking, this implies that no point in space is singled out.

Global internal \(O(N)\) transformations. There is another useful symmetry of the action \eqref{eq:ONModel} given by rotations (and mirror reflections) in the “internal” space of fields, \begin{equation*} \phi _n(x) \to O_{nm} \phi _m(x). \end{equation*} The matrices \(O_{nm}\) are here independent of the spatial position \(x\) (therefore this is a global and not a local transformation) and they satisfy \(O^T O=\mathbb{1}\). Because we do not demand them to be smoothly connected to the unit matrix, they can have determinant \(\text{det}(O)=\pm 1\). These matrices are part of the orthogonal group \(O(N)\) in \(N\) dimensions. It is an easy exercise to show that the action \eqref{eq:ONModel} is indeed invariant under these transformations.

Classical field equation. In the the functional integral the contribution of field configurations \(\phi (x)\) is suppressed if the corresponding action \(S[\phi ]\) is large. In the partition function \eqref{eq:partitionfunctionON}, large contributions come mainly from the region around the minima of \(S[\phi ]-\int _x J_n \phi _n\), which are determined by the equation \begin{equation*} \frac{\delta }{\delta \phi (x)} \left ( S[\phi ] - \int d^d x \{J_n(x) \phi _n(x)\} \right ) = \frac{\delta S[\phi ]}{\delta \phi _n(x)} - J_n(x) = 0. \end{equation*} This equation is the field equation or equation of motion of a classical field theory. For the model \eqref{eq:ONModel} one has concretely \begin{equation*} \frac{\delta S[\phi ]}{\delta \phi _n(x)} = - \partial _j\partial _j \phi _n(x) + m^2 \phi _n(x) + \frac{1}{2}\lambda \phi _n(x) \phi _k(x) \phi _k(x) = J_n(x). \end{equation*} Note that this field equation is from a mathematical point of view a second order, semi-linear, partial differential equation. It contains non-linear terms in the fields \(\phi _n\), but the term involving derivatives is linear; therefore semi-linear. The equation involves the Euclidean Laplace operator \(\Delta = \partial _j \partial _j\) and is therefore of elliptic type (as opposed to hyperbolic or parabolic). This field equation is the correspondence of Maxwells equations in electrodynamics for our scalar theory. The source \(J\) corresponds to the electromagnetic current in Maxwell’s equations.

Homogeneous solutions. It is instructive to discuss homogeneous solutions of the field equation, i.e. solutions that are independent of the space variable \(x\). For vanishing source \(J_n(x)=0\), and the model \eqref{eq:ONModel2} we need to solve \begin{equation*} \frac{\partial }{\partial \phi _n} V(\rho ) = \phi _n \frac{\partial }{\partial \rho } V(\rho )= 0. \end{equation*} This has always a solution \(\phi _n=0\) and for \(\rho _0=0\) and positive \(m^2\) this is indeed a minimum of the action \(S[\phi ]\). For positive \(\rho _0\) the situation is more interesting, however. In that case, \(\phi _n=0\) is actually typically a maximum while the minimum is at \(\phi _k \phi _k = 2 \rho _0\), i. e. at a non-zero field value. One possibility is \(\phi _1=\sqrt{2\rho _0}\) with \(\phi _2=\ldots =\phi _n=0\), but there are of course many more. But such a solution breaks the \(O(N)\) symmetry! One says that the \(O(N)\) symmetry is here spontaneously broken on the microscopic level which technically means that the action \(S[\phi ]\) is invariant, but the solution to the field equation (i. e. the minimum of \(S[\phi ]\)) breaks the symmetry. It is an interesting and non-trivial question whether the symmetry breaking survives the effect of fluctuations. One has proper macroscopic spontaneous symmetry breaking if the field expectation value \(\langle \phi _n \rangle \) is non-vanishing and singles out a direction in field space. An example for spontaneous symmetry breaking is the magnetization field in a ferromagnet.

Constrained fields. It is also interesting to consider models where \(\rho =\rho _0\) is fixed. In fact, they arise naturally in the low energy limit of the models described above when the fields do not have enough energy to climb up the effective potential. Technically, this corresponds here to the limit \(\lambda \to \infty \) with fixed \(\rho _0\) and can be implemented as a constraint \begin{equation} \phi _n(x) \phi _n(x) = 2 \rho _0. \label{eq:constraintNonLinearSigmaModel} \end{equation} Note that with this constraint, the field is now living on a manifold corresponding to the surface of an \(N\)-dimensional sphere, denoted by \(S_{N-1}\). One can parametrize the field as \begin{equation*} \phi _1 = \sigma , \quad \phi _2=\pi _1, \quad \ldots \quad \phi _N=\pi _{N-1}, \end{equation*} where only the fields \(\pi _n\) are independent while \(\sigma \) is related to them via the non-linear constraint \begin{equation*} \sigma = \sqrt{2\rho _0 - \vec \pi ^2}. \end{equation*}